Beyond War: Reimagining Americas Role and Ambitions in a New Middle East 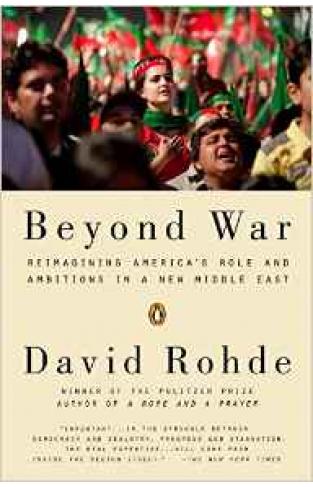 Beyond War: Reimagining Americas Role and Ambitions in a New Middle East

A groundbreaking look at America's role in the Middle East--from the Pulitzer Prize-winning author of "A Rope and a Prayer" Distilling eleven years of expert reporting for the "New York Times," Reuters, and the Atlantic, two-time Pulitzer Prize winner David Rohde presents an incisive look at the calamitous privatization of the war on terror. "Beyond War" is a clarion call for change in American policies and attitudes toward a rapidly changing Middle East. Rohde argues that using lethal force is necessary at times, but economic growth and Muslim moderates --not American soldiers--will eradicate militancy in the long term. Vast mistakes have been made, but it is not too late. By scaling back our ambitions, focusing on economics and working with Muslim moderates, we will achieve more.