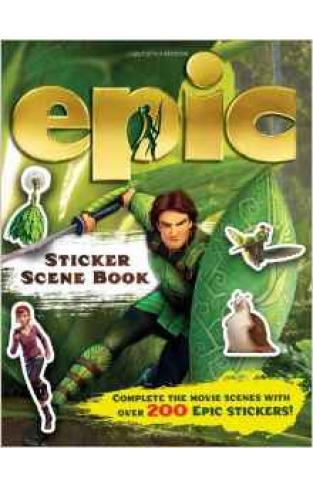 Publication Date:
May, 09 2013
Binding:
Hard Back
Availability :
In Stock

"Epic", described as 'Avatar for kids', will be the movie of the summer. A hidden world unlike any other is revealed in the action adventure comedy about an on-going battle deep in the forest between the forces of good and evil. Children will love the Leafmen characters and their comedy sidekicks and will enjoy creating their own "Epic" scenes with loads of stickers.