If Truth Be Told 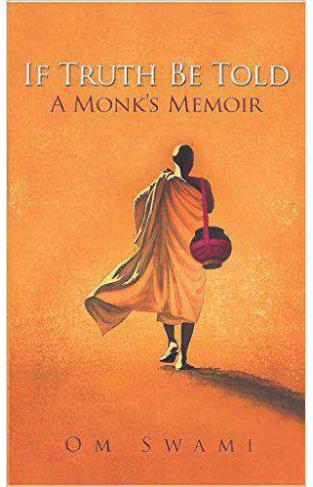 If Truth Be Told

If Truth Be Told: A Monk's Memoir is an honest and straightforward account of Om Swami's life, one of the foremost spiritual leaders of India.If Truth be Told is an extraordinary memoir of the making of a spiritual life in today s demanding, competitive, and baffling times. The book unravels the life story of Om Swami and his journey to becoming a monk. As an 18-year-old young boy, Om Swami headed to Australia to realize his worldly dreams and aspirations. He struggled to make his ends meet but two years down the line he was a multimillionaire earning $250,000 a year. He always had a burning desire to explore his spirituality. As an 8-year-old he saw a vision of God in a dream which transformed his life forever. This triggered off his desire to meet God and he practiced astrology, meditation and tantra in his pursuit to know God. Yet God was nowhere in sight, deeply frustrated he plunged into the worldly affairs to distract himself from the restlessness and commotion within. After spending several years in Australia he moved to India and led his life in solitude in the Himalayas. He battled death as he starved, faced the wrath of nature and wild animals. But finally his sadhana brought him to the ultimate realization I am what I have been seeking, which became the basis of all his teachings. This astounding memoir is a must-read for those interested in the life and teachings of Om Swami.