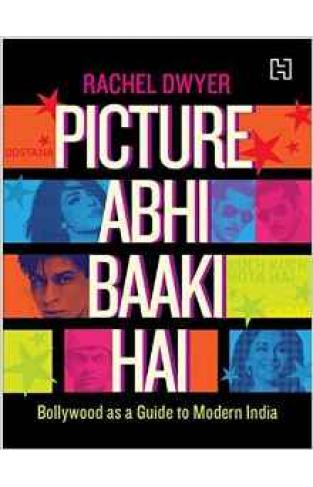 When dilwale dulhaniya le jayenge released in 1995 it marked a watershed moment in popular hindi cinema - gone were the thakurs and the judwa bhais in came the celebration of love with expansive sets foreign locales and beautifully decked-up stars. No longer was bollywood just the hindi film industry - instead it became a symbol of the times of india's expanding liberalization and the corresponding rise of the new middle class. In picture abhi baaki hai eminent hindi film scholar rachel dwyer looks at bollywood films since 1991, the year of india's economic liberalization and explains how the films have corresponded to and in some cases birthed - india's changing dreams and hopes fears and anxieties. From ddlj to dabangg and kuch kuch hota hai to kahaani, rachel shows how escapism and entertainment function in bollywood revealing the ways in which hindi films have imagined and portrayed modern india - what its people believe and feel their views on religion caste and politics and theirs aspirations and hopes and will continue to do so. Kyonki picture abhi baaki hai.