Financial Statecraft: The Role Of Financial Markets In America 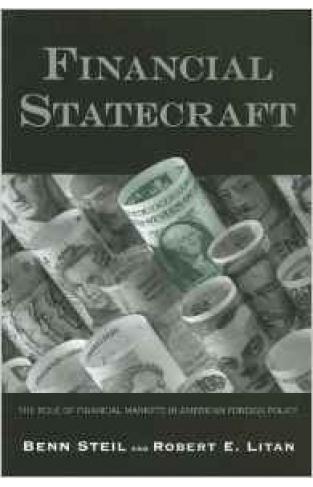 Financial Statecraft: The Role Of Financial Markets In America

As trade flows expanded and trade agreements proliferated after World War II, governments - most notably the United States - came increasingly to use their power over imports and exports to influence the behaviour of other countries. But trade is not the only way in which nations interact economically. Over the past two decades, another form of economic exchange has risen to a level of vastly greater significance and political concern: the purchase and sale of financial assets across borders. Nearly $2 trillion-worth of currency now moves cross-border every day, roughly 90 percent of which is accounted for by financial flows unrelated to trade in goods and services: a stunning inversion of the figures in 1970. The time is ripe to ask fundamental questions about what Benn Steil and Robert Litan have coined as 'financial statecraft', or those aspects of economic statecraft directed at influencing international capital flows. How precisely has the American government practised financial statecraft? How effective have these efforts been? And how can they be made more effective? The authors provide penetrating and incisive answers in this timely and stimulating book. Selected as a CHOICE Outstanding Academic Title for 2007; selected as one of the Best Business Books of 2006 by Library Journal.