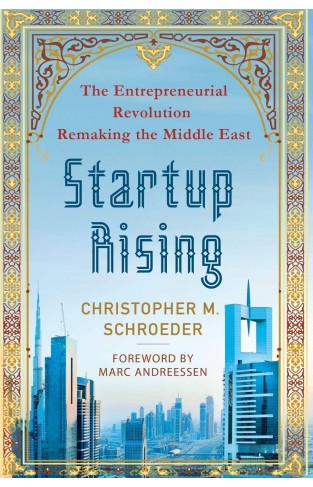 Despite the world's elation at the Arab Spring, shockingly little has changed politically in the Middle East; even frontliners Egypt and Tunisia continue to suffer repression, fixed elections, and bombings, while Syria descends into civil war. But in the midst of it all, a quieter revolution has begun to emerge, one that might ultimately do more to change the face of the region: entrepreneurship.As a seasoned angel investor in emerging markets, Christopher Schroeder was curious but skeptical about the future of investing in the Arab world. Travelling to Dubai, Cairo, Amman, Beirut, Istanbul, andeven Damascus, he saw thousands of talented, successful, and intrepid entrepreneurs, all willing to face cultural, legal, and societal impediments inherent to their worlds. Equally important, he saw major private equity firms, venture capitalists, and tech companies like Google, Intel, Cisco, Yahoo, andLiving Social making significant bets, despite the uncertainty in the region. Here, he marries his own observations with the predictions of these tech giants to offer a surprising and timely look at thesecond stealth revolution in the Middle East - one that promises to reinvent it as a center of innovation and progress.