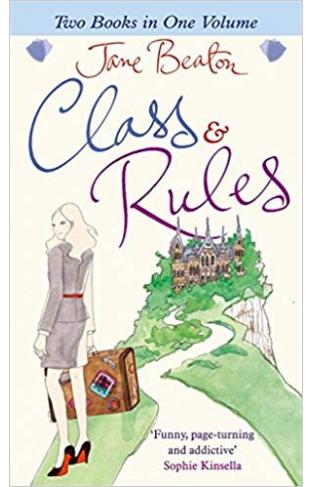 CLASS: It's about love lives . . . Maggie has been dating Stan for years but can their relationship survive? Especially when Maggie meets David McDonald, her opposite number at the boys' boarding school over the hill. . . It's about school lives . . . Simone Kardashian has won a scholarship and is determined to make her parents proud. Fliss Prosser is furious at being so far from home and her friends. As Simone tries desperately to fit in, Fliss tries desperately to get out. It's about private lives . . . Veronica Deveral knows how to manage a school. Routine and discipline are fundamental to her role. But Veronica has a secret that could ruin her career . . . RULES: For the second year at Downey House, it's getting harder and harder to stick to the rules . . . It's about making them . . . Now she's engaged to sweet and steady Stan, Maggie's just got to stop thinking about David McDonald . . . hasn't she? It's about breaking them . . . But headmistress Veronica Deveral has more to lose than anyone. When Daniel Stapleton joins the faculty, she's forced to confront her scandalous secret. How long will she be able to keep it under wraps?