The Blind Side Movie Tiein Edition 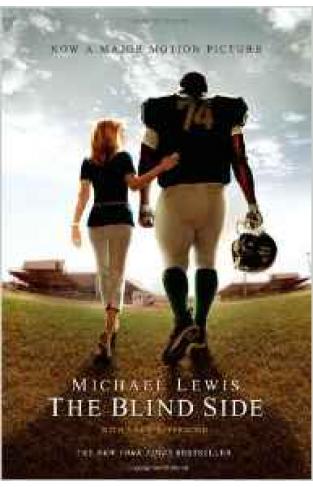 The Blind Side Movie Tiein Edition

Opening on November 20, 2009, as a major motion picture, starring Sandra Bullock and Tim McGraw. Opening in theaters November 20, 2009, The Blind Side is a feature movie based on Michael's Lewis's New York Times bestseller, produced by Alcon Entertainment and distributed by Warner Bros. Pictures. The Blind Side tells the inspirational story of Michael Oher, a homeless black teen taken under the wing of the Touhys, a wealthy white Memphis family. Oher's size and speed on the football field bring him accolades. But learning the game's strategy and making it as a student take the help of his new family, coaches, and tutor. Sandra Bullock stars as Leigh Anne Touhy, the sharp-witted and compassionate matriarch. Tim McGraw stars as her sports-enthusiast husband. Oscar winner Kathy Bates plays Miss Sue, Oher's indefatigable tutor. Quinton Aaron has his first major role as Oher. John Lee Hancock, who directed The Rookie and The Alamo, writes and directs the film. Michael Oher was just drafted in the first round of the NFL Draft by the Baltimore Ravens. This edition includes a new afterword bringing Oher's life up to date through college and the NFL.