Theres Something Happening Here: The New Left the Klan and FBI Counterintelligence 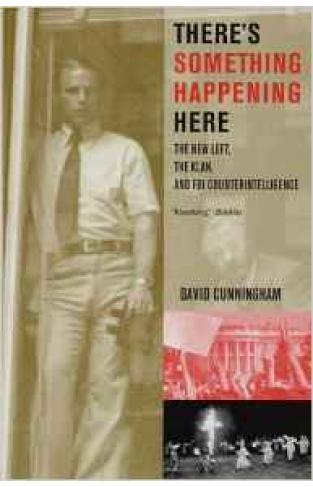 Theres Something Happening Here: The New Left the Klan and FBI Counterintelligence

Using over twelve thousand previously classified documents made available through the Freedom of Information Act, David Cunningham uncovers the riveting inside story of the FBI's attempts to neutralize political targets on both the Right and the Left during the 1960s. Examining the FBI's infamous counterintelligence programs (COINTELPROs) against suspected communists, civil rights and black power advocates, Klan adherents, and antiwar activists, he questions whether such actions were aberrations or are evidence of the bureau's ongoing mission to restrict citizens' right to engage in legal forms of political dissent. At a time of heightened concerns about domestic security, with the FBI's license to spy on U.S. citizens expanded to a historic degree, the question becomes an urgent one. This book supplies readers with insights and information vital to a meaningful assessment of the current situation. "There's Something Happening Here" looks inside the FBI's COINTELPROs against white hate groups and the New Left to explore how agents dealt with the hundreds of individuals and organizations labeled as subversive threats. Rather than reducing these activities to a product of the idiosyncratic concerns of longtime director J. Edgar Hoover, Cunningham focuses on the complex organizational dynamics that generated literally thousands of COINTELPRO actions. His account shows how - and why - the inner workings of the programs led to outcomes that often seemed to lack any overriding logic; it also examines the impact the bureau's massive campaign of repression had on its targets. The lessons of this era have considerable relevance today, and Cunningham extends his analysis to the FBI's often controversial recent actions to map the influence of the COINTELPRO legacy on contemporary debates over national security and civil liberties