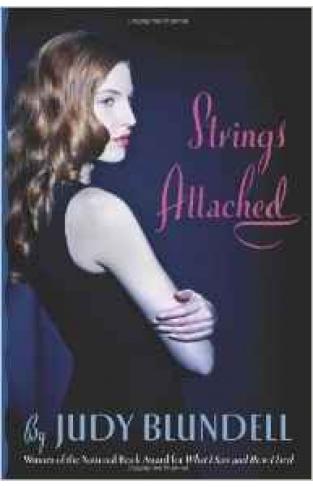 From National Book Award winner Judy Blundell, a lethal tale of love, mystery, and the Mob. When Kit Corrigan arrives in New York City, she doesn't have much. She's fled from her family in Providence, Rhode Island, and she's broken off her tempestuous relationship with a boy named Billy, who's enlisted in the army. The city doesn't exactly welcome her with open arms. She gets a bit part as a chorus girl in a Broadway show, but she knows that's not going to last very long. She needs help--and then it comes, from an unexpected source. Nate Benedict is Billy's father. He's also a lawyer involved in the mob. He makes Kit a deal--he'll give her an apartment and introduce her to a new crowd. All she has to do is keep him informed about Billy . . . and maybe do him a favor every now and then. As she did in her National Book Award-winning What I Saw and How I Lied, Judy Blundell traps readers in a web of love, deceit, intrigue, and murder. The result? One stunner of a novel.