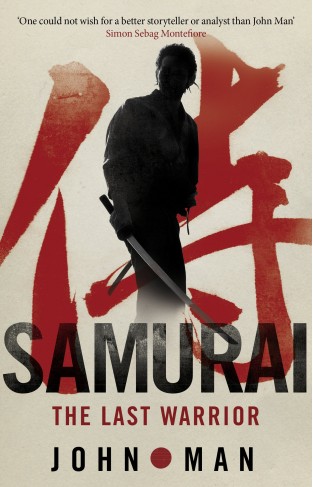 The name 'Samurai' is synonymous with the ultimate warrior. With their elaborate armour, fierce swordsmanship and code of honour, the samurai have become iconic figures whose influence can still be felt today . From Kurosawa's epic Seven Samurai to the figure of Darth Vader in Star Wars, to Manga comics and video games, the figure of the fighting samurai still inspires us today. In John Man's new book we discover the truth behind the legend. From his birth in the shadow of the great volcano Sakurajima, to his glorious death by ritual suicide and disembowelment, Saigo Takamori was the ultimate Samurai leader. His fall brought about the end of hundreds of years of Samurai tradition and in many ways marks the birth of modern Japan. Saigo was a man trapped by paradox: a faithful servant to the emperor, and yet a leader of rebel troops; a mighty Samurai warrior, and also a master of Chinese poetry. His life, and ultimately his death, offer a window into the hundreds of years of culture and tradition that defined the samurai.