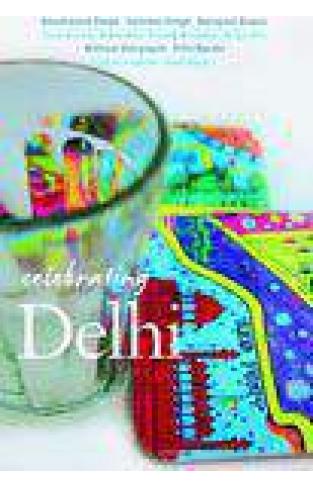 "Who are the real makers of a city? Delhi, located at the crossroads of history, has been occupied, abandoned and rebuilt over the centuries. It has been the capital of the Pandavas, the Rajputs, Central Asian dynasties, the Mughals and the British, and is best described as a melting pot of these vastly varying traditions and customs. A galaxy of experts come together to offer fresh perspectives on the capital city. Originally part of the Sir Sobha Singh Memorial Lecture series organized by The Attic in collaboration with the India International Center and the Indian National Trust for Art and Cultural Heritage, this updated selection explores Delhi’s living syncretic heritage. The essays illuminate unknown and fascinating aspects of the city’s history. We learn, for instance, how Sir Sobha Singh transplanted Delhi’s two foundation stones by bullock-cart in the stealth of the night from Kingsway Camp to Raisina Hill. In a different departure, archival records point to the fundamental ecological miscalculation of the British choice of trees to line the avenues of Imperial New Delhi. Place names, part of the cultural fabric of a city, unearth a vanishing history of Delhi, while the contrasting history of Sufi shrines draws attention to the spiritual masters, the pirs, and their search for truth.