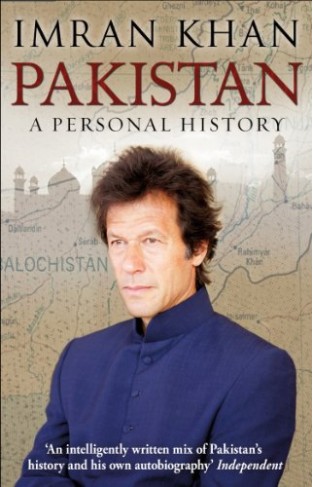 Born only five years after Pakistan was created in 1947, Imran Khan has lived his country's history. Undermined by a ruling elite, and unable to protect its people from the carnage of regular bombings from terrorists and its own ally, America, Pakistan has for years suffered from instability. Now Imran Khan and his own political party, the Tehreek-e-Insaf, offer a real political alternative for the people of Pakistan at a time when tension between Pakistan's government and the powerful military has reached dangerous new levels. How did this flashpoint of volatility and injustice come about? "Pakistan: A Personal History" provides a unique insider's view of a country unfamiliar to a western audience. Woven into this history we see how Imran Khan's personal life - his happy childhood in Lahore, his Oxford education, his extraordinary cricketing career, his marriage to Jemima Goldsmith, his mother's influence and that of his Islamic faith - inform both the historical narrative and his current philanthropic and political activities. It is at once absorbing and insightful, casting fresh light upon a country whose culture he believes is largely misunderstood by the West.