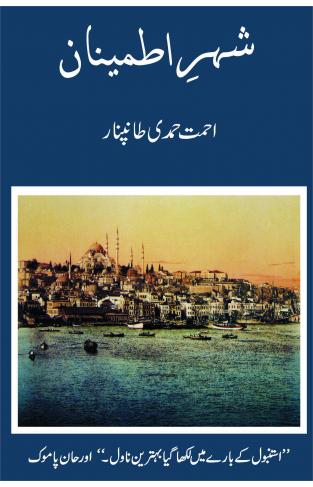 Publication Date:
May, 31 2014
Binding:
Hard Back
Availability :
In Stock

Shehr e Itmenan is the Urdu translation of A Mind at Peace which is an iconic Turkish novel by Ahmet Hamdi Tanpinar (1901 62), one of the pioneers of literary modernism in Turkey. Tanpinar was a poet, novelist, and critic who worked as a professor of Ottoman and Turkish literature at Istanbul University. Though he was known in his lifetime as a major poet, renowned scholar, and prolific essayist, he was not recognized as a major fiction writer until a decade after his death. It was in the context of the growing interest in the 19th and early 20th century Ottoman past that Tanpinar s fiction was rediscovered and given new meaning. His subject matter has become relevant to contemporary interests and his aesthetic complexity (including a dense Perso-Arabic vocabulary) is no longer objectionable.