Citadels of Glass: The Story of Indias New Suburban Landscape 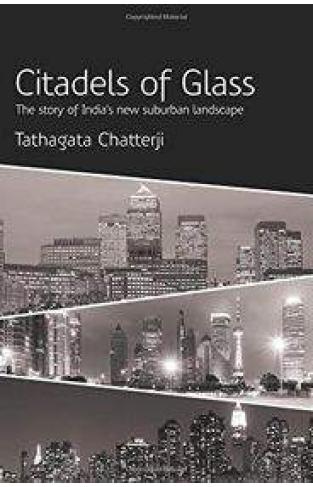 Citadels of Glass: The Story of Indias New Suburban Landscape

Ever since the beginning of the economic reforms in the early-1990s, Indian cities have been undergoing dramatic transformations. Smart satellite townships, ultra-modern apartment blocks, gleaming office towers and posh hotels have started sprouting up in place of dusty villages and lush paddy fields. The areas which were till recently considered as rural backyards, are now humming with activity and have become the new happening places. These changes are most clearly visible in the fringe areas of the big cities and a new urban landscape has started taking shape. Gurgaon near Delhi, Rajarhat near Calcutta, Whitefield near Bangalore and Magarpatta City near Pune are the new kids on the block. All these �teen-aged� towns are essentially products of the post-1990s liberalisation and are populated by a similar set of people many of whom work in IT-BPO jobs. Seen at a glance, Gurgaon does not look all that different from Whitefield or for that matter, Magarpatta City from Rajarhat. Yet beyond the surface, each is as different from the other as Bangalore is from Delhi or Calcutta from Pune. Citadels of Glass attempts to dig out the underlying socio-political factors which have shaped these cities the way they are. It explores the histories behind their creation, the problems they face and their prospects for the future. As India urbanises and does so rapidly, how these new cities, are managed and governed may well be the key to the economic powerhouse that India seeks to become. In their future lies the shape of India�s new urban future.