Alfred Kropp The Seal of Solomon 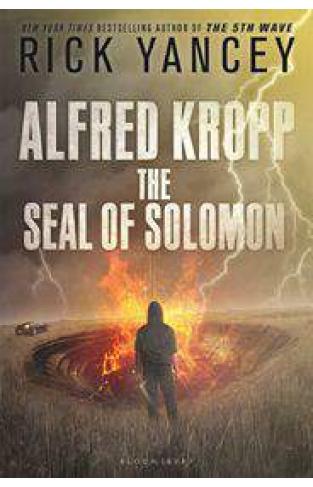 Alfred Kropp The Seal of Solomon

Alfred Kropp is off on another whirlwind adventure when two ancient artefacts are stolen from the OIPEP (Office of Interdimensional Paradoxes and Extraordinary Phenomena) vaults. But these aren't just any pricey museum pieces - they are the seals of Solomon. Thousands of years ago, King Solomon used a ring to control and imprison the fallen angels of heaven in a sacred vessel that has held them safe for thousands of years. Now both objects have been stolen by Mike Arnold, and if he uses their power, all hell could break loose ...literally. The agents of OIPEP, led by the mysterious Op-Nine, have a plan to save the artefacts, and the world, but none of them really considered the Kropp factor. When Alfred screws up, the ring ends up in the hands of King Paimon, a terrible demon who has a special bone to pick with our reluctant hero. Will Alfred find a way to right his wrong and save the world from imminent destruction ...again?