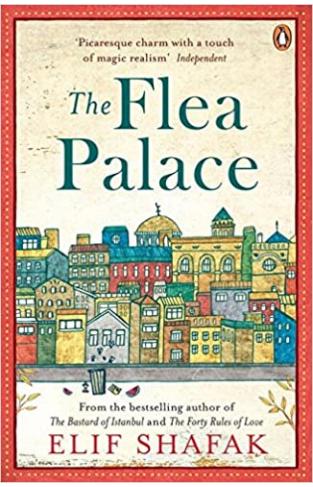 By turns comic and tragic, Elif Shafak's The Flea Palace is an outstandingly original novel driven by an overriding sense of social justice.

Bonbon Palace was once a stately apartment block in Istanbul. Now it is a sadly dilapidated home to ten wildly different individuals and their families.

There's a womanizing, hard-drinking academic with a penchant for philosophy; a 'clean freak' and her lice-ridden daughter; a lapsed Jew in search of true love; and a charmingly naïve mistress whose shadowy past lurks in the building. When the garbage at Bonbon Palace is stolen, a mysterious sequence of events unfolds that result in a soul-searching quest for truth.

"An enchanting combination of compassion and cruelty . . . Elif Shafak is the best author to come out of Turkey in the last decade" - Orhan Pamuk

Elif Shafak is the acclaimed author of The Bastard of Istanbul and The Forty Rules of Love and is the most widely read female novelist in Turkey. Her work has been translated into more than thirty languages. She is a contributor for The Telegraph, Guardian and the New York Times and her TED talk on the politics of fiction has received 500 000 viewers since July 2010. She is married with two children and divides her time between Istanbul and London.