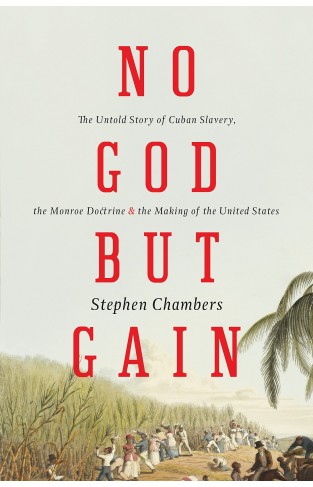 From 1501 to 1867 more than 12.5 million Africans were brought to the Americas in chains, and as many as 100 million Africans died as a result of the slave trade. The US constitution set a 20-year time limit on US participation in the trade, and on January 1, 1808, it was abolished. And yet, despite the spread of abolitionism on both sides of the Atlantic, despite numerous laws and treaties passed to curb the slave trade, and despite the dispatch of naval squadrons to patrol the coasts of Africa and the Americas, the slave trade did not end in 1808. Fully 25 percent of all the enslaved Africans to arrive in the Americas were brought after the US ban 3.2 million people. This breakthrough history, based on years of research into private correspondence; shipping manifests; bills of laden; port, diplomatic, and court records; and periodical literature, makes undeniably clear how decisive illegal slavery was to the making of the United States. US economic development and westward expansion, as well as the growth and wealth of the North, not just the South, was a direct result and driver of illegal slavery. The Monroe Doctrine was created to protect the illegal slave trade. In an engrossing, elegant, enjoyably readable narrative, Stephen M. Chambers not only shows how illegal slavery has been wholly overlooked in histories of the early Republic, he reveals the crucial role the slave trade played in the lives and fortunes of figures like John Quincy Adams and the generation of 1815, the post-revolution cohort that shaped US foreign policy. This is a landmark history that will forever revise the way the early Republic and American economic development is seen.