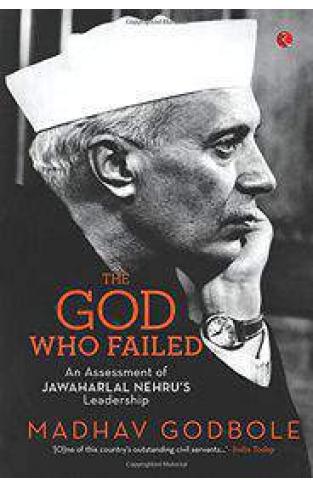 [O]ne of this country's outstanding civil servantsIndia Today Nehrus life is unique in that it is the veritable history of modern Indiaboth pre- and post-Independence [. . .] Writing about Nehru means reliving history in every sense of the term. No leader of independent India has towered as high over Indian politics as Jawaharlal Nehru. Highly educated and articulate, he had a deep understanding of the history and culture of India and was responsible for laying much of the foundations on which todays India is builtan enlightened Constitution, parliamentary democracy with adult suffrage, and secularism. However, of equal significance are Nehrus failures, for which he is being increasingly criticized. These include the Kashmir imbroglio; the Indo-China border dispute; his overlooking of the growing menace of corruption; the non-separation of religion from politics; and the futile pursuit of socialism. The God Who Failed: An Assessment of Jawaharlal Nehrus Leadership provides an objective and unbiased look into Nehrus legacyhis triumphs, his failures, and his unfulfilled vision for India. Written by the veteran administrator and author Madhav Godbole, this book is an insightful analysis of the leader who shaped modern India as we know it.