The Dragon Throne: Chinas Emperors from the Qin to the Manchu 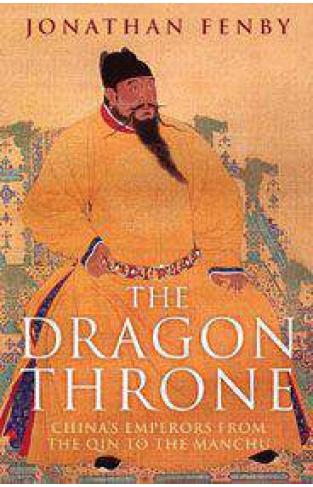 The Dragon Throne: Chinas Emperors from the Qin to the Manchu

The mighty Qin Shi Huangdu (r. 221-210 BC), who began the construction of the Great Wall. The long-lived Han emperor Wudi (r. 141-87 BC), who developed China as a centralized Confucian state. The soldier-scholar Yongle (r. 1402-24 AD), who raised the Ming dynasty to its military peak. The dowager empress Cixi (r. 1861-1908 AD), who rose from humble Manchu origins to rule over all China. In The Dragon Throne, Jonathan Fenby tells the extraordinary story of imperial China through its 157 emperors, from Qin Shi Huangdu, who crushed his rivals to take supreme power as the first emperor in 221 BC, until the final collapse of the faltering Manchu dynasty amidst the revolutionary chaos of the early twentieth century. The final emperor, the infant Puyi (r. 1908-12) ended his days as an assistant gardener in the very palace where he had been enthroned.