Public Money Private AgendaThe Use And Abuse of MPLADS 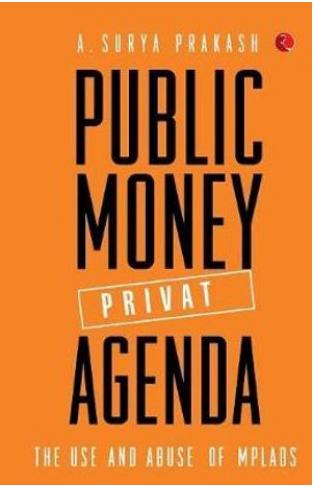 Public Money Private AgendaThe Use And Abuse of MPLADS

By: A. Surya Prakash

As the issues of corruption and scams dominate public discourse, Public Money, Private Agenda: The Use and Misuse of MPLADS takes a close look at the controversial Member of Parliament Local Area Development Scheme. Launched two decades ago, to put public funds at the disposal of every parliamentarian for spending on community projects in his or her constituency, the scheme currently costs the exchequer a staggering `4,000 crore per annum, at the rate of `5 crore per MP every year. Critics slam the scheme on the grounds that it breeds corruption and violates the separation of powers between the legislature and the executive; MPs say that the scheme allows them to 'give' something tangible to their constituents. As the debate rages on, A. Surya Prakash, a leading commentator on public issues and the affairs of the Parliament, delves deep into the processes of the scheme and brings forth many uncomfortable facts about its functioning.