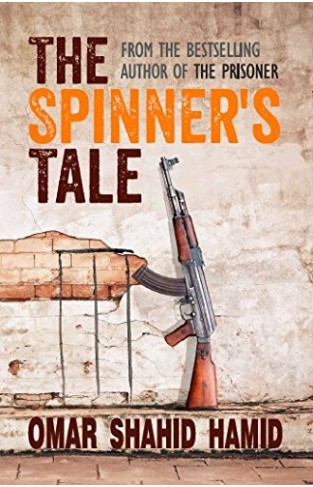 A racy thriller about two friends whose lives diverge drastically when one of them becomes an infamous jihadi militant. Sheikh Ahmed Uzair Sufi is one of the most feared men in Pakistan, a top Jihadi militant, who believes in nothing save his own limitless scope for violence. But no one suspected this future back in 1994, when he was simple old Ausi and leaves school with his cricket mad best friend Eddy to start a new life. While Eddy goes to college in America, Ausi's life takes dangerous and unexpected turns. The two friends stay in touch even as they pursue vastly different lives, their shared passion for cricket and nostalgia for their school days binding them together. Even as Ausi treads down a darker path, what will happen to their friendship?

Omar Shahid Hamid, bestselling author of The Prisoner, takes us on another thrilling, sinister ride, stretching from Karachi to Kashmir to Afghanistan, in The Spinner's Tale.