They Called Me Mad: Genius Madness And The Scientists Who Pushed The Outer Limits Of Knowledge 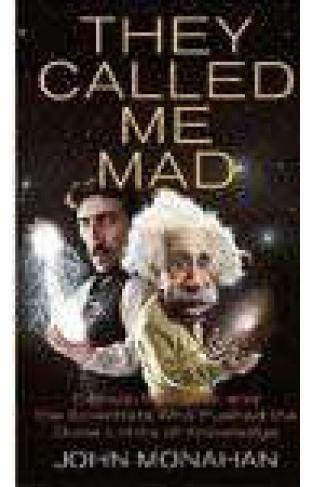 They Called Me Mad: Genius Madness And The Scientists Who Pushed The Outer Limits Of Knowledge

From Dr. Frankenstein to Dr. Jekyll, the image of the mad scientist surrounded by glass vials, copper coils, and electrical apparatus remains a popular fixture. In films and fiction, he's comically misguided, tragically misunderstood, or pathologically evil. But the origins of this stereotype can be found in the sometimes-eccentric real life men and women who challenged our view of the world and broke new scientific frontiers. They Called Me Mad recounts the amazing true stories of such historical luminaries as Archimedes, the calculator of pi and creator of the world's first death ray; Isaac Newton, the world's first great scientist and the last great alchemist; Nikola Tesla, who built the precursors of robots, fluorescent lighting, and particle beam weapons before the turn of the twentieth century-and more.