The Myth of the Muslim Tide: Do Immigrants Threaten the West? Vintage - 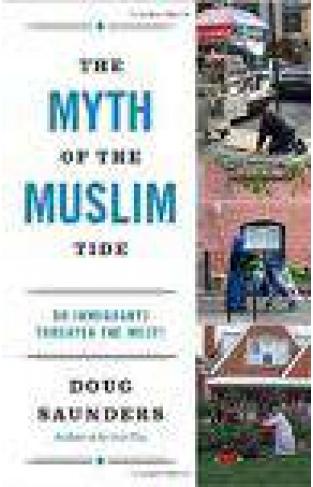 The Myth of the Muslim Tide: Do Immigrants Threaten the West? Vintage -

From the author of prize-winning Arrival City, a controversial and long-overdue rejoinder to the excessive fears of an Islamic threat that have spread throughout America and Europe and threaten our basic values. Since September 11, 2001, a growing chorus has warned that Western society and values are at risk of being overrun by a tide of Islamic immigrants. These sentiments reached their most extreme expression in July 2011, with Anders Breivik’s shooting spree in Norway. Breivik left behind a 1500 page manifesto denouncing the impact of Islam on the West, which showed how his thinking had been shaped by anti-immigrant writings that had appeared widely in books and respectable publications. In The Myth of the Muslim Tide, Doug Saunders offers a brave challenge to these ideas, debunking popular misconceptions about Muslims and their effect on the communities in which they live. He demonstrates how modern Islamophobia echoes historical responses to earlier immigrant groups, especially Jews and Catholics. Above all, he provides a set of concrete proposals to help absorb these newcomers and make immigration work. The most important trend of the twenty-first century will be a massive global migration to cities and across international borders. Rather than responding to our new religious-minority neighbours with fear and resentment, this book shows us how we can make this change work to our advantage.