Farewell Kabul From Afghanistan To A More Dangerous World 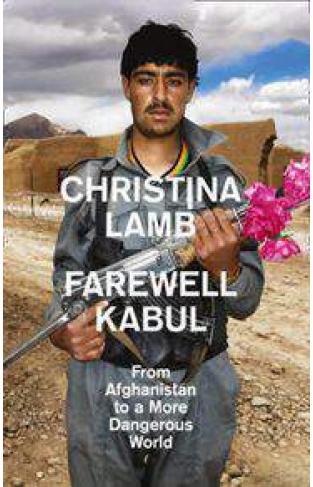 Farewell Kabul From Afghanistan To A More Dangerous World

From the award-winning co-author of ‘I Am Malala’, this book asks just how the might of NATO, with 48 countries and 140,000 troops on the ground, failed to defeat a group of religious students and farmers? How did it go so wrong? Twenty-seven years ago, Christina Lamb left Britain to become a journalist in Pakistan. She crossed the Hindu Kush into Afghanistan with mujaheddin fighting the Russians and fell unequivocally in love with this fierce country of pomegranates and war, a relationship which has dominated her adult life. Since 2001, Lamb has watched with incredulity as the West fought a war with its hands tied, committed too little too late, failed to understand local dynamics and turned a blind eye as their Taliban enemy was helped by their ally Pakistan. Farewell Kabul tells how success was turned into defeat in the longest war fought by the United States in its history and by Britain since the Hundred Years War. It has been a fiasco which has left Afghanistan still one of the poorest nations on earth, the Taliban undefeated, and nuclear armed Pakistan perhaps the most dangerous place on earth.