LIFE The Year in Pictures 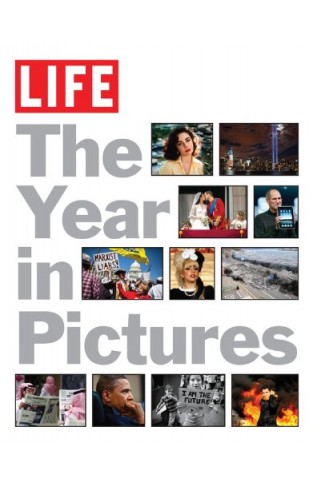 LIFE The Year in Pictures

By: Editors Of Life Magazine

Many other periodicals now publish their versions of a year-in-review each December, and they include in their pages photography. But LIFE, the most respected brand when it comes to pictures and also a trusted source of smart, honest, unbiased journalism, invented the Year in Pictures-and LIFE's volume remains the one a reader must have. This is the book for the footlocker. This is the book to be read now, a year from now, ten years from now. This is our human history, captured in the moment by the world's best photojournalists and put into complete context by LIFE's editors.In politics, Barack Obama, John Boehner and Sarah Palin are all players in 2011, and in Hollywood Mark Wahlberg is on top, and Angelina Jolie remains there. Neil Diamond and Alice Cooper go into rock's Hall of Fame, while Miley Cyrus, Justin Bieber and Selena Gomez take another step out of childhood and into adulthood will they continue on with great success, and for that matter, what will Britney and Lindsay offer us this year? Who will Glee salute next? The rumors include the Boss. Tom Brady may win again, and so might Tiger Woods . . .Then again, they might not.The Williams sisters must still be reckoned with, as must Lindsay Vonn, who shoots for another World Cup skiing championship. The floods that ruined parts of California and the blizzards that whacked New England made for dramatic pictures, and for pain.Whether the country felt greater pain than it did early in the year when a universally well-liked congresswoman, Gabby Giffords, was targeted by a gunman, and when six innocents, including a nine-year-old girl were killed-well, whether that grief will be exceeded is yet to be determined.LIFE will be there to measure it, record it, and put it in perspective. LIFE invented The Year in Pictures, and does it like no one else.