An Enemy We Created: The Myth Of The Taliban Al Qaeda Merger In Afghanistan 19702010 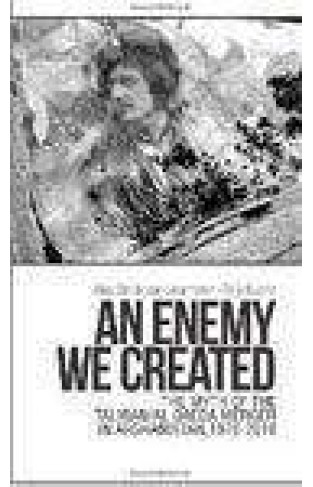 An Enemy We Created: The Myth Of The Taliban Al Qaeda Merger In Afghanistan 19702010

To this day the belief is widespread that the Taliban and al-Qaeda are in many respects synonymous, that their ideology and objectives are closely intertwined and that they have made common cause against the West for decades. Such opinions have been stridently supported by politicians, media pundits and senior military figures, yet they have hardly ever been scrutinised or tested empirically. This is all the more surprising given that the West's present entanglement in Afghanistan is commonly predicated on the need to defeat the Taliban in order to forestall further terrorist attacks worldwide. There is thus an urgent need to re-examine the known facts of the Taliban-al Qaeda relationship and to tell the story of the Taliban's encounter with internationalist militant Islamism, which is what Alex Strick van Linschoten and Felix Kuehn set out to do in An Enemy We Created. Their book also responds to the overheated rhetoric that sustains a one-sided interpretation of the alleged merger between the two groups as well as the policy implications for Afghanistan that flowed in the wake of its acceptance by Western governments and their militaries. The relationship between the two groups and the individuals who established them is undeniably complex, and has remained so for many years. Links between the Taliban and al-Qaeda were retained in the face of a shared enemy following the invasion of Afghanistan after the September 11 attacks, an adversary that was selected by al-Qaeda rather than by the Taliban,