Bad For The Jews 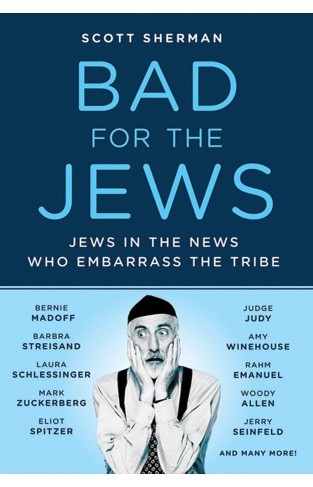 Bad For The Jews

Scott Sherman has taken it upon himself to compile a list of 50 Oy vey-inducing members of the tribe—from politics, entertainment and white collar crime—who make it tougher than it already is to be a Jew these days. Notables include: Bernie Madoff: Where to begin? Life is hard enough without having to be concerned that your esteemed brethren are really sleeper-schmucks lying in wait, biding their time for the perfect moment to completely ruin your life. Laura Schlessinger: Referred to herself in a Los Angeles Times Magazine profile as “a prophet.” Let’s be nice and call that a stretch. Eliot Spitzer: Oh if only we could return to the days when Jewish mothers could call their little aspiring politicians 'The Next Eliot Spitzer!' without it sounding absolutely disgusting. Barbra Streisand: Those imitating her shtick can't be tuned out because, much to our chagrin, they live with us. Think of all the poor young Jews who had to go to school unwashed because their sister's shower-based rendition of "Papa, Can You Hear Me?" took forever to complete. Judge Judy: Who thought it was a good idea to give a Jewish grandmother a television show in which her opinions are legally binding? Releasing the wrath of bubbie onto the world is a cruel, cruel thing to do. Leonard Nimoy: A Jew playing a pointy-eared half-alien? Everybody thinks we’re strange and foreign enough as it is!