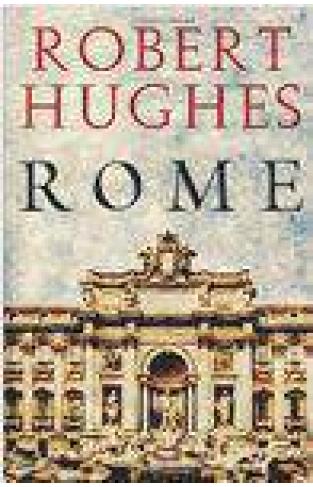 Publication Date:
Oct, 01 2010
Binding:
Hard Back
Availability :
Out of Stock

Rome - as a city, as an empire, as an enduring idea - is in many ways the origin of everything Robert Hughes has spent his life thinking and writing about with such dazzling irreverence and exacting rigour. In this magisterial book he traces the city's history from its mythic foundation with Romulus and Remus to Fascism, Fellini and beyond. For almost a thousand years, Rome held sway as the spiritual and artistic centre of the world. Hughes vividly recreates the ancient Rome of Julius Caesar, Marcus Aurelius, Nero, Caligula, Cicero, Martial and Virgil. With the artistic blossoming of the Renaissance, he casts his unwavering critical eye over the great works of Raphael, Michelangelo and Brunelleschi, shedding new light on the Old Masters. In the seventeenth, eighteenth and nineteenth centuries, when Rome's cultural predominance was assured, artists and tourists from all over Europe converged on the city. Hughes brilliantly analyses the defining works of Caravaggio, Velasquez, Rubens and Bernini. Hughes' Rome is a vibrant, contradictory, spectacular and secretive place; a monument both to human glory and human error. This deeply personal account reflects his own complex relationship with a city he first visited as a wide-eyed twenty-year-old, thirsting for the sights, sounds, smells and tastes he had only read about or seen in postcard reproductions. In equal parts loving, iconoclastic, enraged and wise, peopled with colourful figures and rich in unexpected details, ROME is an exhilarating journey through the story of one of the world's most timelessly fascinating cities.