Idea Man: A Memoir by the Cofounder of Microsoft 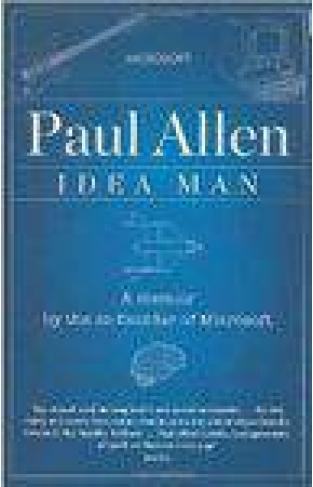 Idea Man: A Memoir by the Cofounder of Microsoft

"The entire conversation took five minutes. When it was over, Bill and I looked at each other. It was one thing to talk about writing a language for a microprocessor and another to get the job done. . . . If we'd been older or known better, Bill and I might have been put off by the task in front of us. But we were young and green enough to believe that we just might pull it off." Paul Allen, best known as the cofounder of Microsoft, has left his mark on numerous fields, from aviation and science to rock 'n' roll, professional sports, and philanthropy. His passions and curiosity have transformed the way we live. In 2007 and again in 2008, Time named him one of the hundred most influential people in the world. It all started on a snowy day in December 1974, when he was twenty-one years old. After buying the new issue of Popular Electronics in Harvard Square, Allen ran to show it to his best friend from Seattle, Bill Gates, then a Harvard undergrad. The magazine's cover story featured the Altair 8800, the first true personal computer; Allen knew that he and Gates had the skills to code a programming language for it. When Gates agreed to collaborate on BASIC for the Altair, one of the most influential partnerships of the digital era was up and running. While much has been written about Microsoft's early years, Allen has never before told the story from his point of view. Nor has he previously talked about the details of his complex relationship with Gates or his behind-closed-doors perspective on how a struggling start-up became the most powerful technology company in the world. Idea Man is the candid and long-awaited memoir of an intensely private person, a tale of triumphant highs and terrifying lows. After becoming seriously ill with Hodgkin's lymphoma in 1982, Allen began scaling back his involvement with Microsoft. He recovered and started using his fortune-and his ideas-for a life of adventure and discovery, from the first privately funded spacecraft (SpaceShipOne) to a landmark breakthrough in neuroscience (the Allen Brain Atlas). His eclectic ventures all begin with the same simple question: What should exist? Idea Man is an astonishing true story of ideas made real.