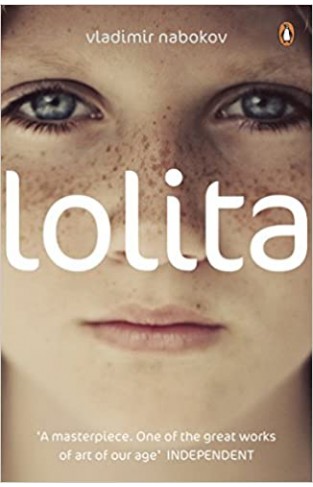 Vladimir Nabokov's Lolita is one of the best-known novels of the 20th century: the controversial story of Humbert Humbert who falls in love with twelve year old Lolita, beautifully repackaged as part of the Penguin Essentials range. 'Lolita, light of my life, fire of my loins. My sin, my soul. Lo-lee-ta: the tip of my tongue taking a trip of three steps down the palate to tap, at three, on the teeth. Lo. Lee. Ta.' Humbert Humbert is a middle-aged, frustrated college professor. In love with his landlady's twelve-year-old daughter Lolita, he'll do anything to possess her. Unable and unwilling to stop himself, he is prepared to commit any crime to get what he wants. Is he in love or insane? A silver-tongued poet or a pervert? A tortured soul or a monster? Or is he all of these? 'A masterpiece. One of the great works of art of our age' Independent 'You read Lolita sprawling limply in your chair, ravished, overcome, nodding scandalized assent' Martin Amis, Observer 'Redeeming, splendid, headlong, endlessly comic and evocative' John Updike 'Lolita is more the shocking because it is both intensely lyrical and wildly funny ... a Medusa's head with trick paper snakes' Time 'His command of words, his joy in them, his comic and ecstatic use of them...makes reading his work such an intense joy' Daily Telegraph 'A great novel . . . It widens our own humanity' Guardian 'There's no funnier monster in modern literature than poor, doomed Humbert Humbert. Going to hell in his company would always be worth the ride' Independent Vladimir Nabokov was born in St. Petersburg in 1899. He studied at Trinity College, Cambridge, before moving to Berlin in 1922. Between 1923 and 1940 he published novels, short stories, plays, poems and translations in the Russian language and established himself as one of the most outstanding Russian émigré writers. In 1940 he moved with his wife and son to America, where he worked as a lecturer and professor until he retired from teaching in 1959. Nabokov published his first novel in English, The Real Life of Sebastian Knight, in 1941. His other books include Ada; Laughter in the Dark; Despair; Pnin; Nabokov's Dozen; Invitation to a Beheading; Mary; Bend Sinister; Glory; Pale Fire; The Gift; The Luzhin Defense and Lolita, which brought him worldwide fame. In 1973 he was awarded the American National Medal for Literature. Vladimir Nabokov died in 1977.