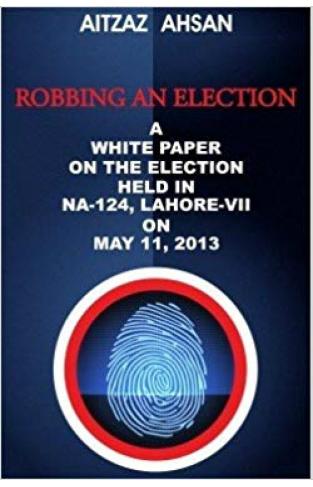 Aitzaz Ahsan's White Paper "Robbing an Election" analyses the election result in the Lahore constituency NA 124 won by the PML-N in May 2013 based on observations and certificates attesting to massive destruction of the electoral record by the Returning Officer. It will have a major impact on the issue of electoral fraud gripping the country.