Afghanistan in Ink: Literature Between Diaspora and Nation 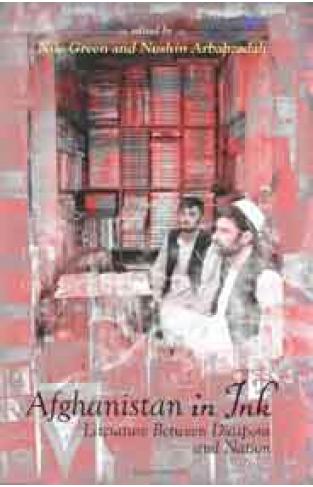 Afghanistan in Ink: Literature Between Diaspora and Nation

'Afghanistan In Ink' uses a wide and largely unknown corpus of twentieth century Afghan Dari and Pashto literature to show not only how Afghans have reflected on their modern history, but also how the state has repeatedly sought to dominate the ideological contours of that history through the patronage or exile of writers. Drawing on an abundance of Afghan language sources, the chapters by leading international experts reveal a disruptive twentieth century dynamic between the importing of multiple conflicting ideologies through literary globalisation and the destabilisation of the state as a consequence of these literary and ideological flows. As the first scholarly survey of modern Afghan literature, Afghanistan In Ink places the twentieth century s itinerant and exiled Afghan writers into their transnational contexts to trace Afghan artistic and ideological interactions with Muslim and Western nations. The volume emphasises the study of literatures in their social and political contexts. With its extensive contextualising introduction, this book provides both specialists and non-specialists with unique inside perspectives on the interweaving of religious, political and cultural debates that have shaped modern Afghan society.