American Sniper: The Autobiography of the Most Lethal Sniper in US Military History 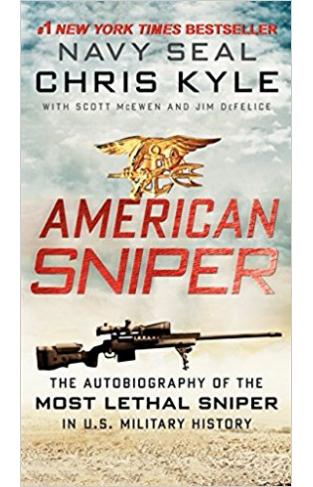 American Sniper: The Autobiography of the Most Lethal Sniper in US Military History

Gripping, eye-opening, and powerful, American Sniper is the astonishing autobiography of SEAL Chief Chris Kyle, who is the record-holding sniper in U.S. military history. Kyle has more than 150 officially confirmed kills (the previous American record was 109), though his remarkable career total has not been made public by the Pentagon. In this New York Times bestselling memoir, Kyle shares the true story of his extraordinary decade-long career, including his multiple combat tours in Iraq (Operation Iraqi Freedom) and elsewhere from 1999-2009. Kyle’s riveting first-person account of how he went from Texas rodeo cowboy to expert marksman and feared assassin offers a fascinating view of modern-day warfare and one of the most in-depth and illuminating looks into the secret world of Special Ops ever written.