I Am 9 John F Kennedy 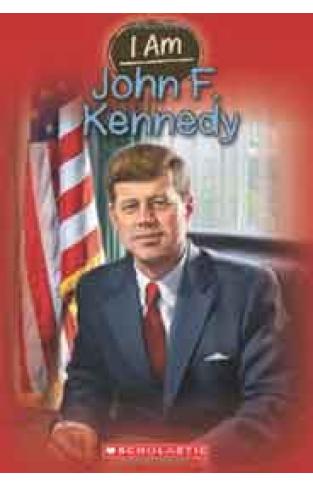 I Am 9 John F Kennedy

Publication Date:
Dec, 01 2012
Binding:
Paper Back
Availability :
Out of Stock

When I was young, people called me courageous and competitive. I used those qualities to serve as a commander in the U.S. Navy. The leadership skills I learned in combat helped earn me a place first as a congressman in the U.S. House of Representatives, and later as a U.S. senator-but that was just the beginning. I became another kind of commander, the commander in chief of the U.S. armed forces, when I was elected president. I was the youngest man to ever hold the office. and my youth affected the progressive decisions I made and the laws I passed. Though I accomplished a great deal in my short life, I was assassinated at the age of forty-six. Still, my brave choices changed the lives of generations to come. I am John F. Kennedy. Featuring full-color illustrated covers, beautiful interior illustrations, a detailed timeline, introductions to other notable people from the story, and simple maps, this is more than your average biography.