The Unconquered: In Search Of The Amazons Last Uncontacted Tribes 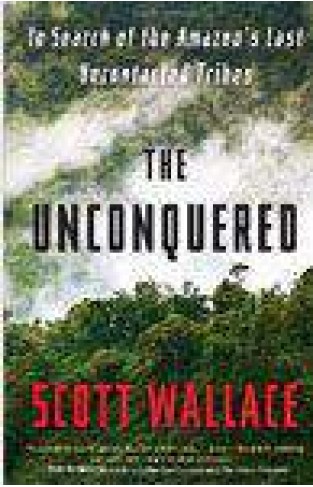 The Unconquered: In Search Of The Amazons Last Uncontacted Tribes

THE UNCONQUERED TELLS THE EXTRAORDINARY TRUE STORY OF A JOURNEY INTO THE DEEPEST RECESSES OF THE AMAZON TO TRACK ONE OF THE PLANET’S LAST UNCONTACTED IN DIGENOUS TRIBES. Even today there remain tribes in the far reaches of the Amazon rainforest that have avoided contact with modern civilization. Deliberately hiding from the outside world, they are the unconquered, the last survivors of an ancient culture that predates the arrival of Columbus in the New World. In this gripping first-person account of adventure and survival, author Scott Wallace chronicles an expedition into the Amazon’s uncharted depths, discovering the rainforest’s secrets while moving ever closer to a possible encounter with one such tribe—the mysterious flecheiros, or “People of the Arrow,” seldom-glimpsed warriors known to repulse all intruders with showers of deadly arrows.