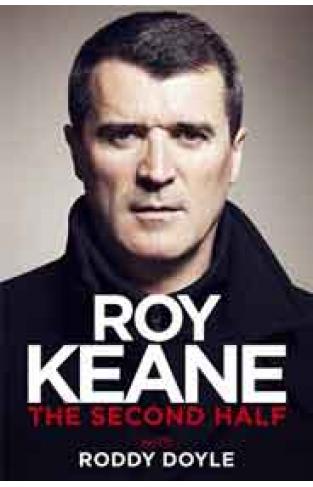 In an eighteen-year playing career for Cobh Ramblers, Nottingham Forest, and Manchester United (under Sir Alex Ferguson) and Celtic, Roy Keane dominated every midfield he led to glory. Aggressive and highly competitive, his attitude helped him to excel as captain of Manchester United from 1997 until his departure in 2005. He played at an international level for nearly all of his career, representing the Republic of Ireland over fourteen years, mainly as team captain, until an incident with national coach Mick McCarthy resulted in Keane's walk-out from the 2002 World Cup. In following his personal struggle to reinvent himself, confronting a few demons along the way, THE SECOND HALF blends memoir and motivational writing in a manner which both disquiets and reassures in Roy Keane's original voice, in a stunning collaboration brilliantly captured with Man Booker Prize-winning writer Roddy Doyle.