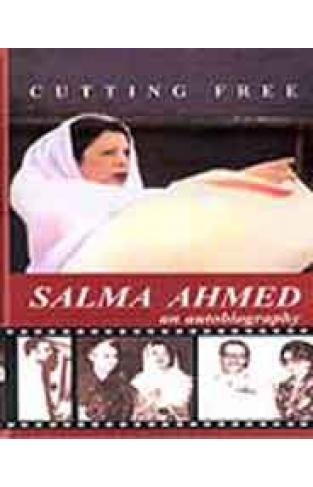 Beginning with a privileged childhood in an elite family of pre-Partition India to a troubled youth in Pakistan this is the inspiring story of Salma Ahmed—a woman who surmounted formidable odds to achieve extraordinary success in business and politics. The saga of her personal life often difficult and sad is intertwined with an equally enthralling account of a public career that brought her much acclaim and reward. This book—interspersed with striking anecdotes and dramatic incidents—unabashedly reveals what can only be described as the ‘murky side of contemporary Pakistani society. Her painful personal life recounted in graphic detail must bring into question many of the customs that are an integral if unpleasant part of subcontinental culture. Salma Ahmed s gripping narration of her political career including ‘inside information on the 1985 national assembly to which she was elected is fast-paced and at places amusing. Her close association with late Prime Minister Mohammad Khan Junejo gave her a unique opportunity to witness at first hand the intrigue cronyism and jockeying for power that is endemic to Pakistani politics. This is the absorbing tale of a woman who was a pampered child and unhappy wife and a repentant mother—but one who emerged triumphant as a woman of substance in business and politics. About Author: Salma Ahmed —Eny to family and friends—was born Indira Salma Husain in Cambridge UK. She started her business career as a young woman and set up her first industry in 1967. The high point in her career was the remarkable success she achieved in ship breaking. It remains her proud achievement to have been the first woman ever to have done this. Winner of the prestigious Priyadarshini award for being Pakistan s most successful woman entrepreneur in the fifty years since independence (1947-1997) Salma Ahmed is the founder-president of Pakistan Association of Women Entrepreneurs (PAWE) and was the first president of International Federation of Women Entrepreneurs (IFWE). She is also the president of the Women s Chamber of Commerce and Industry (WCCI) in Pakistan. Salma Ahmed started public service in the 1970s when she worked with selfless zeal for the rehabilitation of displaced Pakistanis from Bangladesh. She later entered politics and joined the All-Pakistan Muslim League in 1977. She was appointed member of the party s Central Working Committee and was MNA from 1985 to 1988.