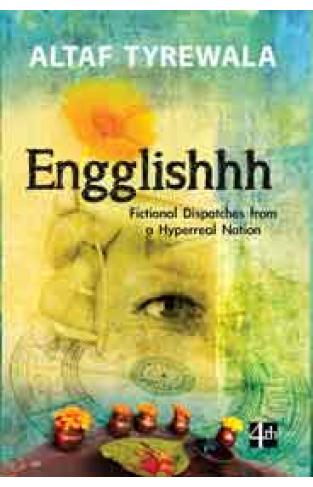 My derr Punaita, ths peem isss foor ou: When I saaat too wriit a peem Th woords wooulldnt cme When the didd the wooulldnt rhhym When the rhhymeed the maad n seensee Lik aaa red rose ii aaa blaak annd whit fiilmmm From Rohan Shah to Punita A love poem in Engglishhh, a new language that has numerology as its guiding principle, Arnold MmYum who leaves his bench outside a popular eatery to discover the city of animate beings, a purveyor-director of cinematic porn, a watchman who counts the seconds to death. Altaf Tyrewala has an uncanny ability to write the streets and mind-scapes of Mumbai, the city he first captured in prose as nobody else had in No God in Sight and more recently in verse, in Ministry of Hurt Sentiments. His words are sharp with irony and each story is slashed through with deftly satirical insights into the ways of men and the worlds they inhabit.