Khushwant Singh The Legend Lives On 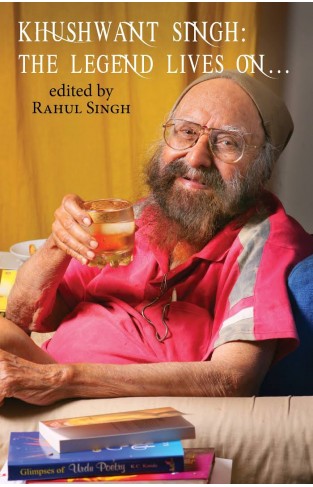 Khushwant Singh The Legend Lives On

He was an acerbic critic, lover of life, words and all beautiful things, an editor par excellence and a brilliant humourist. A Padma Vibhushan awardee, Mr. Singh is best remembered for his humour, love of poetry and his vigorous treatment of secularism in his writings. A graduate of Government College, Lahore, St. Stephen's College in Delhi and King's College London, he read for the Bar at the Inner Temple and served as a practicing lawyer for nearly fifteen years before entering journalism. He had worked with The Illustrated Weekly, The National Herald and Hindustan Times. A prolific writer, Mr. Singh wrote till the grand old age of 99, releasing his last work The Good, The Bad and The Ridiculous a few months before his demise in March 2014. In this book, his son brings to us all those obituaries and melancholic features from The Guardian, The New York Times, The London Times, and The Economist among several other newspapers also from Pakistan, Bangladesh, the Gulf and our own nation.