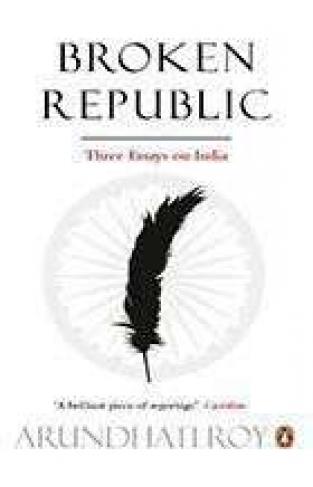 War has spread from the borders of India to the forests in the very heart of the country. Combining brilliant analysis and reportage by one of India's iconic writers, Broken Republic examines the nature of progress and development in the emerging global superpower, and asks fundamental questions about modern civilization itself - in three incisive essays: Mr Chidambaram's War 'The low, flat-topped hills of south Orissa have been home to the Dongria Kondh long before there was a country called India or a state called Orissa . . . ' Walking with the Comrades 'The terse, typewritten note slipped under my door in a sealed envelope confirmed my appointment with "India's single biggest internal security challenge". I'd been waiting for months to hear from them . . . ' Trickledown Revolution 'In the early morning hours of 2 July 2010, in the remote forests of Adilabad, the Andhra Pradesh State Police fired a bullet into the chest of a man called Cherukuri Rajkumar, known to his comrades as Azad . .