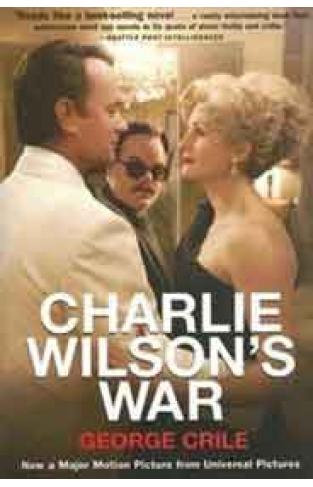 A gripping and vibrant book soon to be released as a major motion picture starring Tom Hanks and Julia Roberts and directed by Mike Nichols, Charlie Wilson’s War was a New York Times, Washington Post, and Los Angeles Times best seller when it was published in 2003. Crile’s book is the true story of how a Texas Congressman and a rogue CIA agent conspired to launch the biggest, meanest, and most successful CIA campaign ever ? the operation to fund the mujahideen in their fight against the Soviet army that had invaded Afghanistan. Moving from the back rooms of the Capitol to secret chambers at Langley, from arms dealers’ conventions to the Khyber Pass, Charlie Wilson’s War presents an astonishing chapter of our recent past, and the key to understanding what helped trigger the sudden collapse of the Soviet Union and ultimately led to the emergence of a brand-new foe in the form of radical Islam.