Bridget Jones Mad About the Boy - 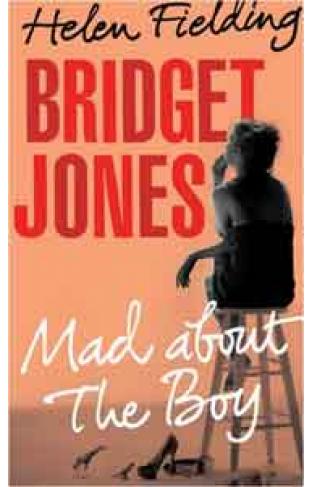 Bridget Jones Mad About the Boy -

When Helen Fielding first wrote Bridget Jones' Diary, charting the life of a 30 - something singleton in London in the 1990s, she introduced readers to one of the most beloved characters in modern literature.The book was published in 40 countries, sold more than 15 million copies worldwide and spawned a best - selling sequel, Bridget Jones: The Edge of Reason. The two books were turned into major blockbuster films starring Rene Zellweger, Hugh Grant and Colin Firth. With her hotly anticipated third instalment, Bridget Jones: Mad About the Boy, Fielding introduces us to a whole new enticing phase of Bridget's life set in contemporary London, including the challenges of maintaining sex appeal as the years roll by and the nightmare of drunken texting, the skinny jean, the disastrous email cc, total lack of twitter followers, and TVs that need 90 buttons and three remotes to simply turn on. An uproariously funny novel of modern life, Bridget Jones: Mad About the Boy is a triumphant return of our favourite Everywoman.