The Trillion Dollar Conspiracy How The World Order Man Made Diseases And Zombie Banks Are Destroying America : 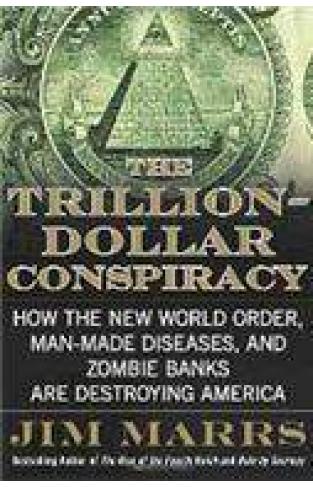 The Trillion Dollar Conspiracy How The World Order Man Made Diseases And Zombie Banks Are Destroying America :

America's economy is in shambles . . . Its citizens are terrified and dissatisfied . . . Could it all have been planned by a secret elite one hundred years ago? The New World Order. Hitler referred to it in his diaries. President George H. W. Bush foretold of it in his speeches. Formed by a secretive global elite, the group seeking this new order has taken hold of the nation—and perhaps the world. Its influence pervades every aspect of American society, from the products we buy at the grocery store to the topics of evening news programs. But could it also be true that the New World Order caused one of the greatest financial catastrophes of our time? Bestselling author and legendary conspiracy researcher Jim Marrs has yet again exposed information that the mainstream corporate media has refused to report, unearthing the lies to expose the insidious alliances that make up a secret world. In the explosive The Trillion-Dollar Conspiracy, Marrs digs beneath the media noise surrounding the financial bailouts of 2008 and 2009 while exploring the back rooms and shadowy deals of our nation’s past to craft a frightening history that no one else is brave enough to tell. --This text refers to the Paperback edition.