Syria and the USA: Washingtons Relations with Damascus from Wilson to Eisenhower 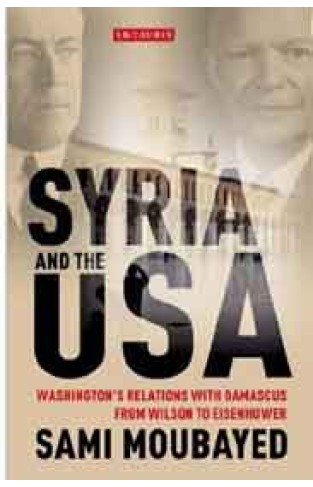 Syria and the USA: Washingtons Relations with Damascus from Wilson to Eisenhower

The early years of Syrian-US relations can be described as hopes dashed, hopes revived. Although American missionaries had visited the Middle East in the nineteenth century, it was not until after World War I that Syrian and US dignitaries met in an official capacity. The relationship had its ups-and-downs: warm under Woodrow Wilson; virtually non-existent under Warren Harding and Calvin Coolidge; revived under Franklin Roosevelt when Syria sided with the Allies to declare war on Nazi Germany. In the aftermath of World War II the relationship took a new turn, as the US was accused of involvement in the series of coups and counter-coups that rocked the young republic from 1949 until the ill-fated Syrian-Egyptian union of 1958. Engagement and the right to self-determination were the rule of the game in the post-Wilson era, but this quickly transformed into espionage and covert activity during the Cold War when the US saw Syria as a Soviet proxy in the Middle East. In the forty years between 1919 and 1959, envoys from the White House, along with presidential candidates from both the Republican and Democratic parties, Secretaries of State, and US celebrities like Eleanor Roosevelt and Helen Keller all came to Damascus and reported - in many different ways - their observations. Featuring original research and previously unpublished material, this book will be essential reading for scholars of the Middle East and US Diplomatic History and twentieth-century International Relations.