Charlie Bone And The Shadow Of Badlock 7 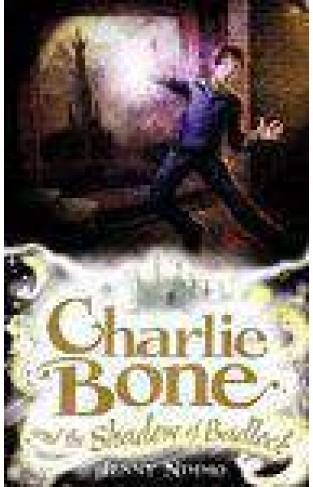 Charlie Bone And The Shadow Of Badlock 7

The seventh thrilling magical adventure starring Charlie Bone! The enchanter Count Harken - the shadow in the painting of the Red King - is back and determined to stop Billy from discovering a life-changing family secret. His incredible power reaches out from the dark, magical land of Badlock, through space and time, to wreak revenge on Charlie and his friends. Charlie's ancestor, Otus Yewbeam, has been imprisoned in Badlock by Count Harken. Otus is a giant, married to Amoret, the Red King's daughter. But he is no match for the shadow's troll army, led by the sinister Oddthumb. Charlie is sucked into a painting of Badlock and tries to rescue Otus, and reunite him with Amoret. But can he outwit the troll army? And what about poor Runner Bean, who follows him? Meanwhile, Charlie's allies are under attack too. The Onimouses are forced to close the Pets' Cafe, Billy is under Count Harken's spell, and Dagbert-the-drowner seeks power over Tancred. There is a terrible battle in Bloor's Academy, with fatal consequences. Charlie will need all the luck he can get to outwit the powerful shadow of Badlock... About The Author Jenny Nimmo lives in a converted watermill in Wales. Her husband, David, is a painter and print-maker, and all three of her children speak Welsh fluently. She finds Wales, a land of legends, a very inspiring place to live. For as long as she can remember, Jenny has loved books. At boarding school, reading was her way to overcome loneliness or boredom. However, she is aware that not everyone finds reading comes easily, and feels passionately that every child should have all the help they need, and access to as many books as they want.