The Five People You Meet In Heaven 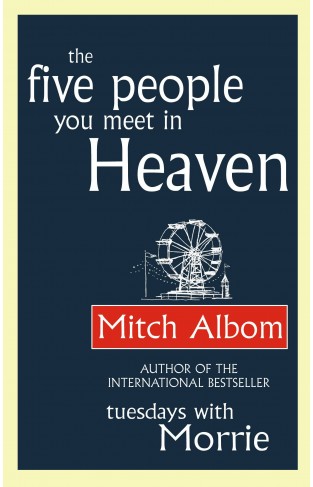 The Five People You Meet In Heaven

THE FIVE PEOPLE YOU MEET IN HEAVEN is a wonderfully moving fable that addresses the meaning of life, and life after death, in the poignant way that made TUESDAYS WITH MORRIE such an astonishing book. The novel's protagonist is an elderly amusement park maintenance worker named Eddie who, while operating a ride called the 'Free Fall', dies while trying to save a young girl who gets in the way of a falling cart that hurtles to earth. Eddie goes to heaven, where he meets five people who were unexpectedly instrumental in some way in his life. While each guide takes him through heaven, Eddie learns a little bit more about what his time on earth meant, what he was supposed to have learned, and what his true purpose on earth was. Throughout there are dramatic flashbacks where we see scenes from his troubled childhood, his years in the army in the Philippines jungle, and with his first and only love, his wife Marguerite. THE FIVE PEOPLE YOU MEET IN HEAVEN is the perfect book to follow TUESDAYS WITH MORRIE. Its compellingly affecting themes and lyrical writing will fascinate Mitch Albom's huge readership.