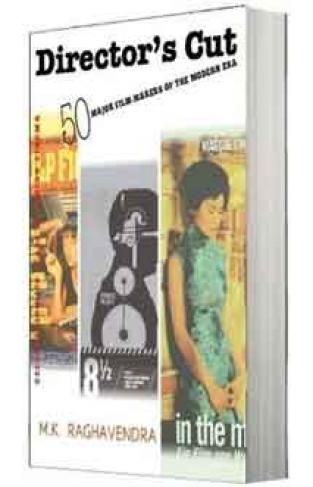 Publication Date:
Jul, 01 2013
Binding:
Paper Back
Availability :
Out of Stock

Director's Cut: 50 Major Film-makers Of The Modern Era, published in 2013, is an analysis of the fifty best filmmakers in the last few decades. This book brings together essays that focus on a wide range of work by these directors. Since the 1950s, cinema has taken a completely new look. Though the changes in filmmaking have been radical, cinema criticism has not quite evolved over time. This book has been written to fill that gap. It analyses renowned filmmakers starting from the 1960s. Director's Cut: 50 Major Film-makers Of The Modern Era discusses the work of the Mexican director, Luis Buñuel. Readers will also come across an essay about the Russian Andrei Tarkovsky. Further, this book concentrates on the French director Robert Bresson, who was known for his aesthetic and spiritual style of work. Those who are keen to know about the French New Wave movement will find this book very valuable. The author has also covered the famous Hungarian filmmaker Béla Tarr, as well as the internationally acclaimed Iranian director Abbas Kiarostami. An essay on the famous and popular Steven Spielberg has also been included in this guide. Five Indian directors are also a part of this book. Some of them are Adoor Gopalakrishnan, G. Aravindan, Satyajit Ray, Raj Kapoor, and Ritwik Ghatak. The essays that make up Director's Cut: 50 Major Film-makers Of The Modern Era have been very well written. The book is sure to keep readers engaged with its coverage of numerous different directors from all across the globe. Director's Cut: 50 Major Film-makers Of The Modern Era was launched at The Indian Non-fiction Festival held in Mumbai in June 2013.