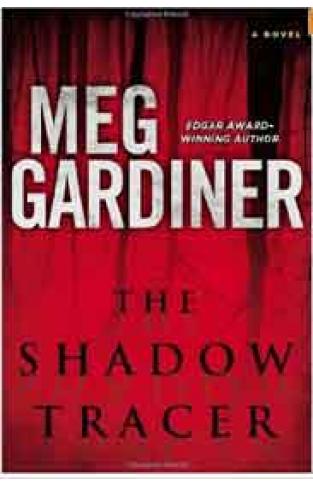 The Shadow Tracer is a nerve-jangling, fast-paced new thriller from the Edgar Award-winning writer, M. G. Gardiner When someone wants to find you badly enough, vanishing is no longer an option. Sarah Keller is a young single mother living in Oklahoma with her five-year-old daughter, Zoe. Her day job is to hunt out people on the run and bring them to justice. So imagine how it looks when a school bus accident sends Zoe to the ER and tests reveal Sarah can't be Zoe's mother. Sarah has been living a lie for years and finally the truth is coming out. Who is she? Who were Zoe's parents? And why does Zoe's identity bring the FBI down on Sarah's tail in mere minutes? The FBI is the least of her worries, though. Sarah needs to keep Zoe off the grid, but with a sinister religious cult also on the trail, where on earth can they hide? Something deadly lurks in Sarah's past and its resurfacing brings terror to all it touches. Fans of Jeffery Deaver and Andrew Gross will love this slick page-turner of a thriller. Praise for M.G. Gardiner: 'The next suspense superstar' Stephen King 'Stephen King is absolutely right. M.G. Gardiner is an astonishing writer . . . I couldn't turn the pages fast enough' Tess Gerritsen 'Edgar Award-winner Gardiner steadily ratchets up the suspense in this taut stand-alone tale' Booklist M G Gardiner was born in Oklahoma and raised in Santa Barbara, California. She graduated from Stanford University and Stanford Law School. She practiced law in Los Angeles and taught writing at the University of California Santa Barbara. She's a former collegiate cross-country runner and a three time Jeopardy! champion. She lives with her family near London. She has won many awards for her writing, including the 2009 Edgar Award for Best Paperback Original, the Romantic Times Reviewers' Choice Award for Best Procedural Novel and the 2012 Audie Award for Thriller/Suspense audiobook of the year.