Mossad The Greatest Missions of the Israeli Secret Service 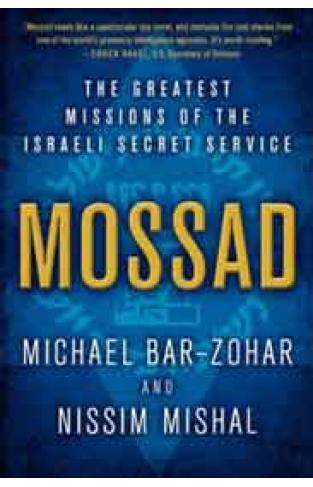 Mossad The Greatest Missions of the Israeli Secret Service

Publication Date:
Nov, 12 2013
Binding:
Paper Back
Availability :
Out of Stock

The Mossad is widely recognized today as the best intelligence service in the world. It is also the most enigmatic, shrouded in secrecy. Mossad: The Greatest Missions of the Israeli Secret Service unveils the defi ning and most dangerous operations that have shaped Israel and the world at large from the agency's more than sixty-year history, among them: the capture of Adolf Eichmann, the eradication of Black September, the destruction of the Syrian nuclear facility, and the elimination of key Iranian nuclear scientists. Through intensive research and exclusive interviews with Israeli leaders and Mossad agents, authors Michael Bar-Zohar and Nissim Mishal re-create these missions in riveting detail, vividly bringing to life the heroic operatives who risked everything in the face of unimaginable danger. In the words of Shimon Peres, president of Israel, this gripping, white-knuckle read "tells what should have been known and isn't—that Israel's hidden force is as formidable as its recognized physical strength."